This Si Ting was made by a potter from Yixing YinchenStudio. This teapot use 40 years old zhuni from huanglong mountain. The feather is that because the layer of zhuni mine in huanglong mountain is very thin, so people used to dig them roughly, with a small amount of duanni mixed into this clay. The surface is very rough. What's more, refining this old zhuni with organic ways, just use stone mill to crush it, to keep it's original. It's rich in iron and granules. This teapot is half-handmade.

Si Ting is a very classic shape of Yixing teapot. Si ting Yixing teapot came from Qing Dynasty and made by Lu Si ting. So we called it "Si ting". It's the traditional and popular shape. Si Ting is similar to Pear style. It has three curved spout and pear shaped body. 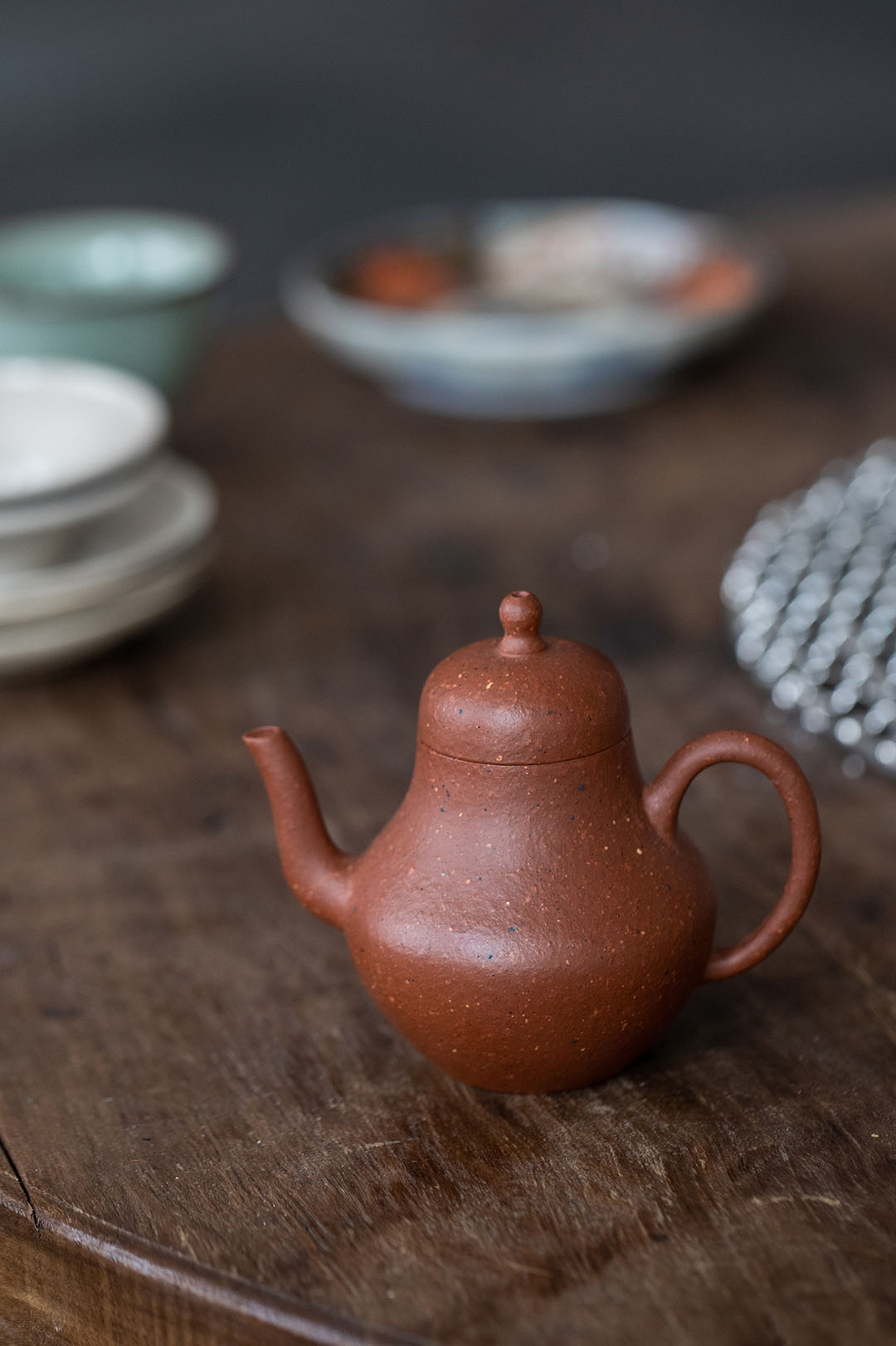 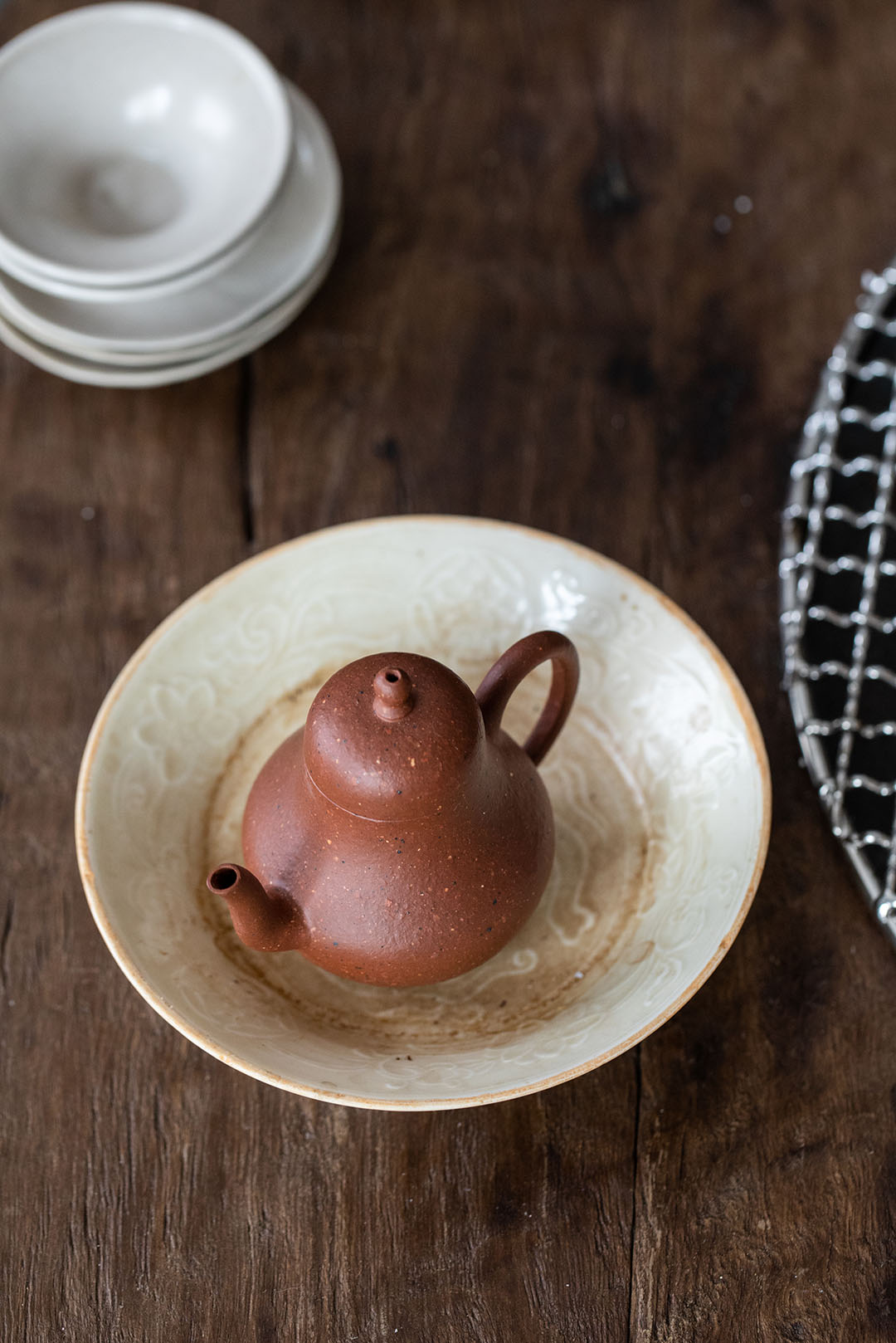 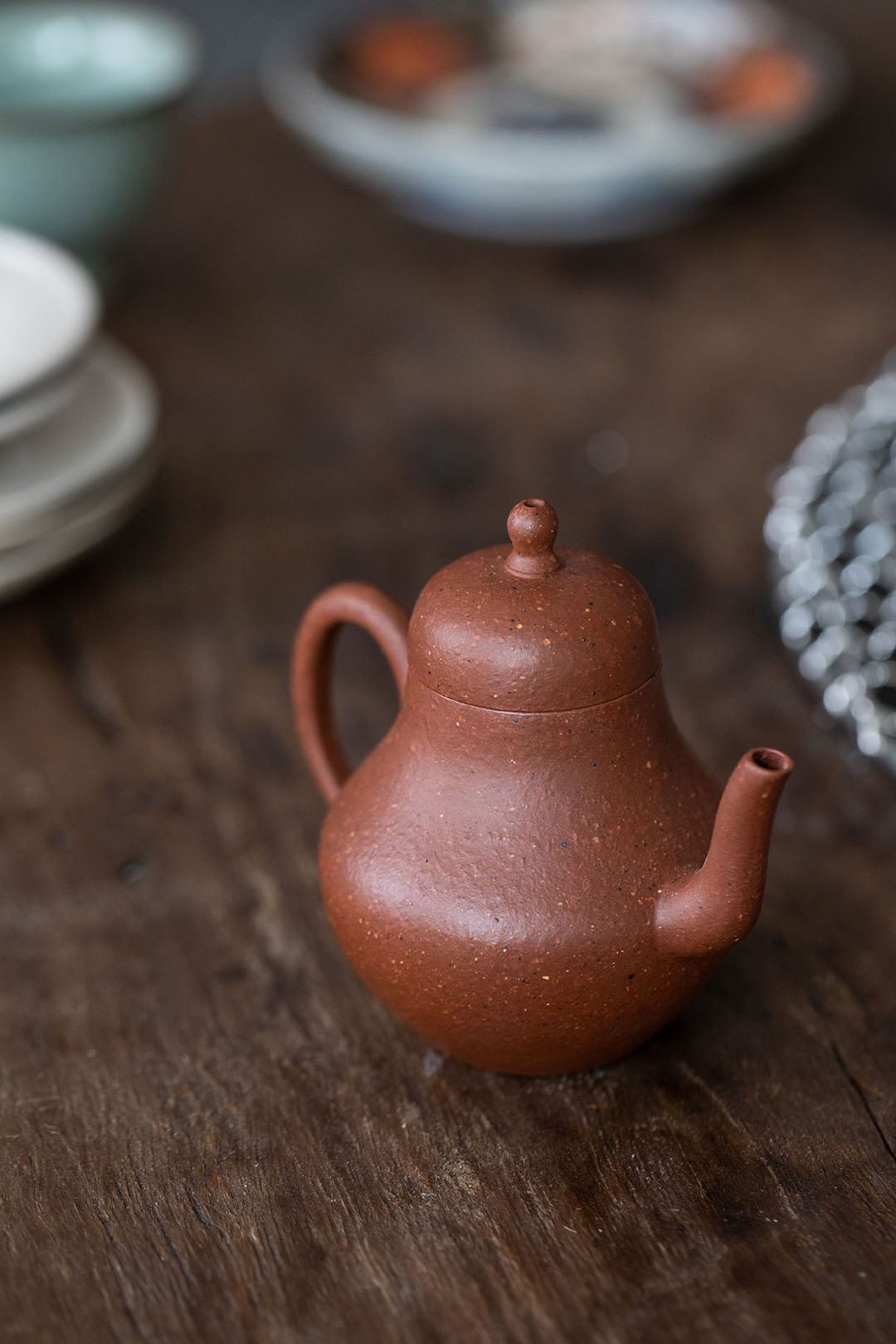 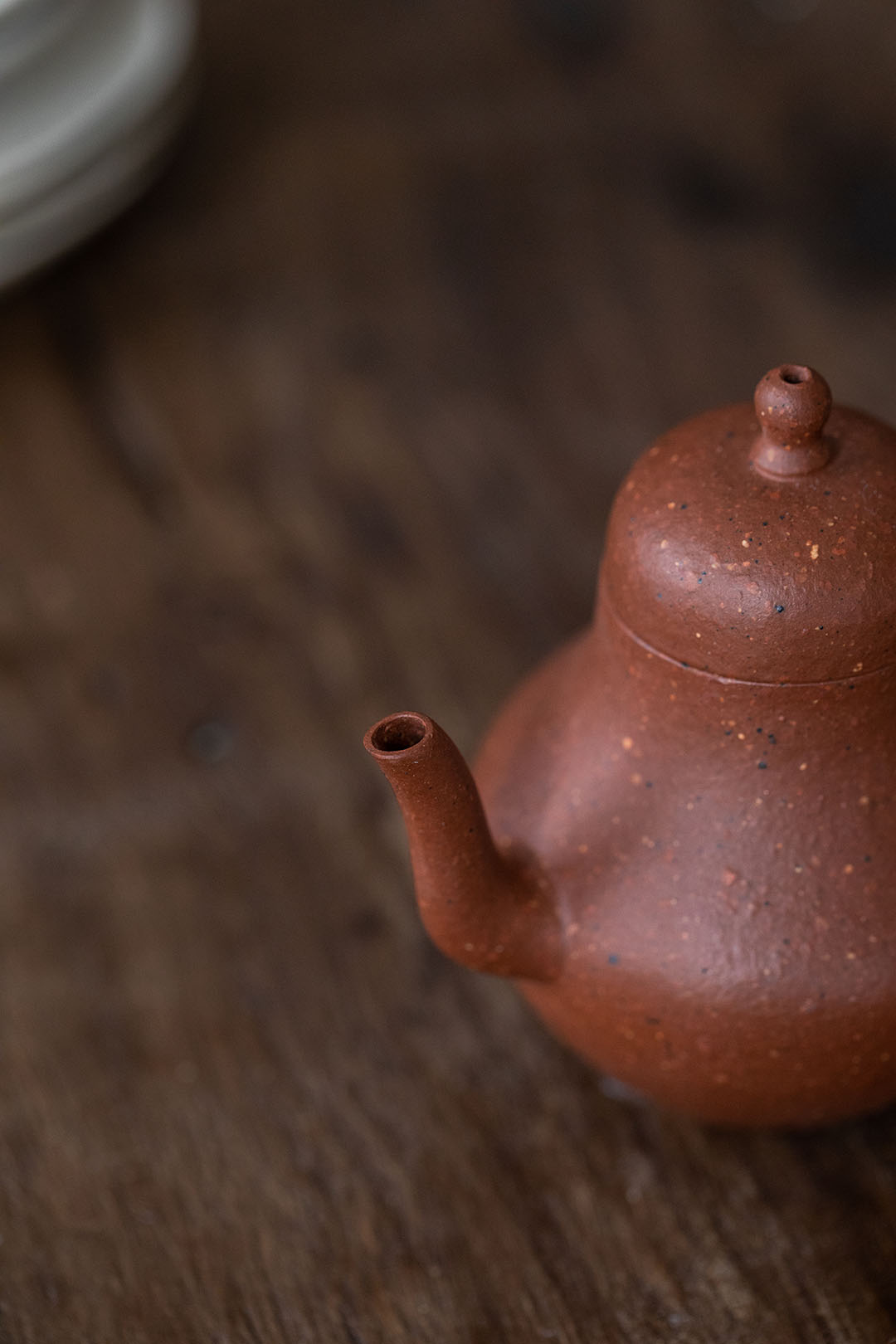 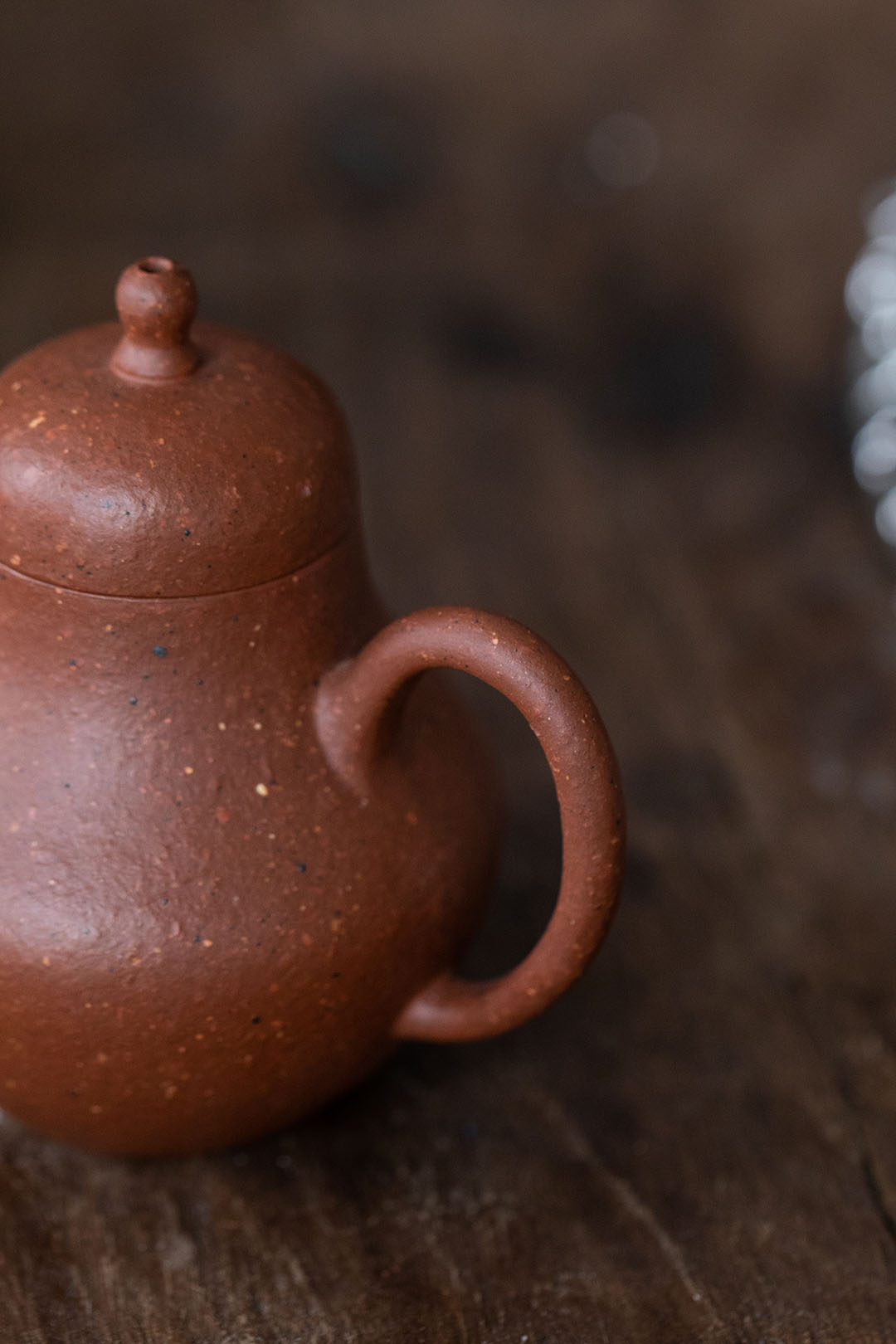 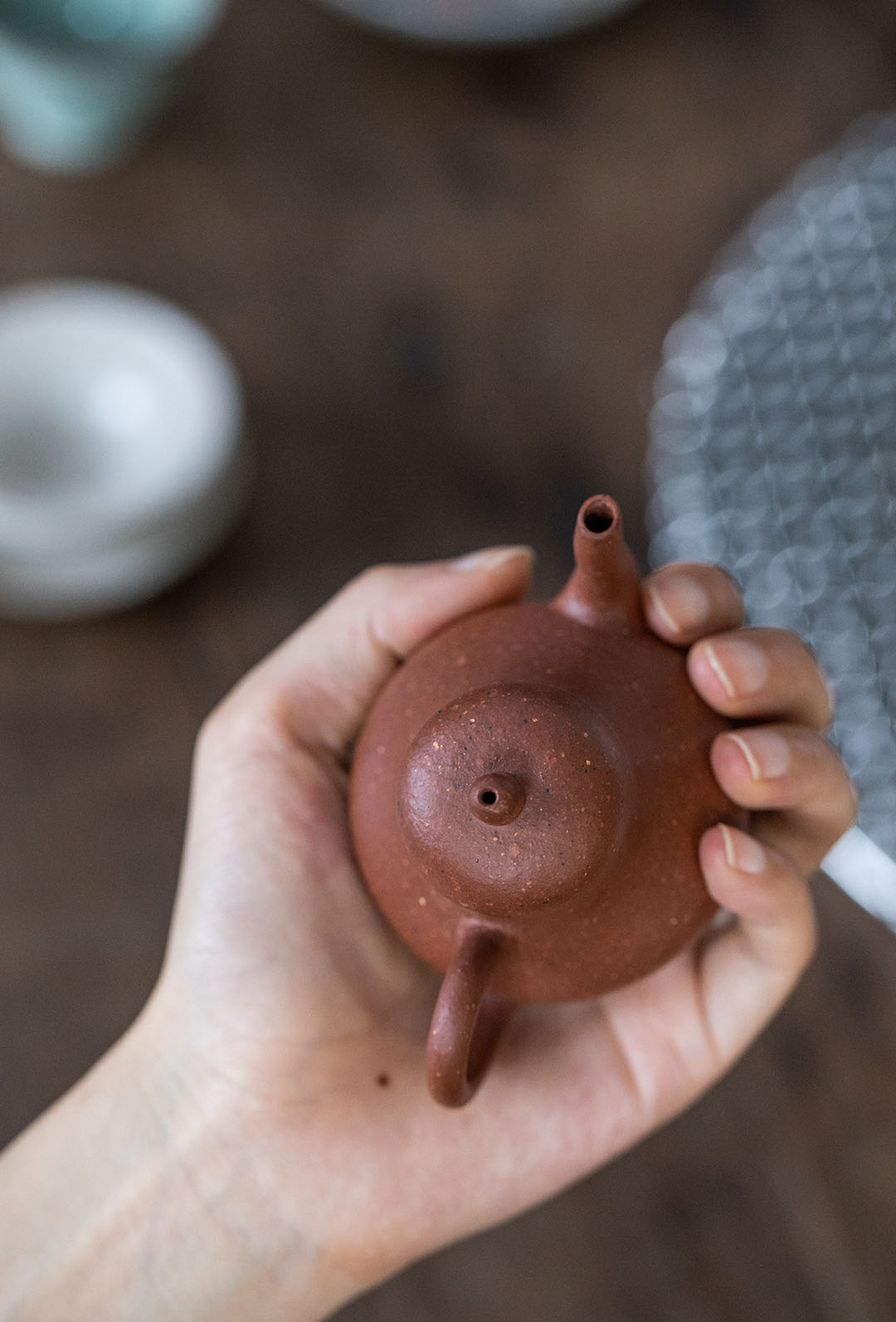